This extremely limited release will be sold as a 6-pack variety featuring the deliciously creative brews below. The collectors’ cans will be featured in an IMF-branded set and will be available for pickup at the Indiana Microbrewers Festival.

This is sure to be a sell-out so purchase your pack today!

This release is also a kickoff fundraiser for our newest guild education initiative, the Brewers of Indiana Guild Brewery Education Fund.

PLEASE NOTE: The release packs are available for pickup inside the festival, so a festival ticket is also required to be able to pick up your release pack.

The purchase price is $40 plus sales tax and the release is limited to the first 500 customers. 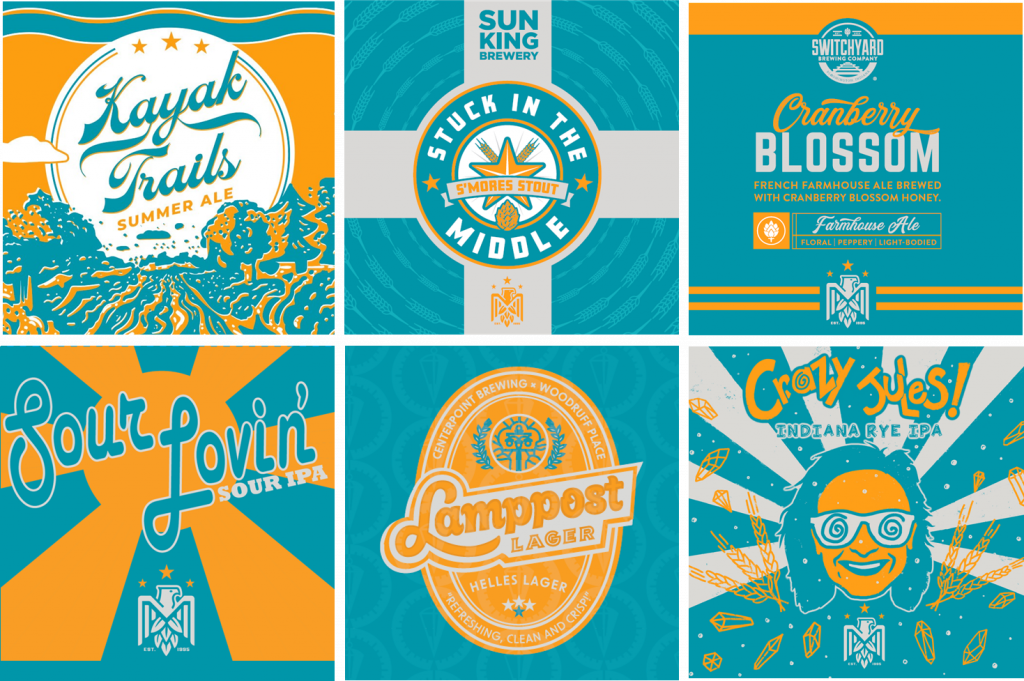 This German-style Helles Lager is full-bodied with a touch of bready, malt sweetness to balance the flavor and bitterness of the noble hops. Clean and crisp, this is a refreshing beer with substance to be enjoyed daily.

This experimental batch is our first go with a sour IPA style beer, but we are pretty excited about it.  We started with a traditional American Style IPA, kept it light on the malts and developed approximately 65 IBUs with Chinook, lending pine and resin, and a large Cryo Ekuanot dryhop for a big juicy aroma.  The twist on this IPA is a citic sourness which sends the complexity to a new level.

Stuck in the Middle –  S’mores Stout

Enjoy our summer take on a classic Farmhouse ale. We added Cranberry Blossom honey to give this beer a subtle berry flavor and a smooth, dry finish.