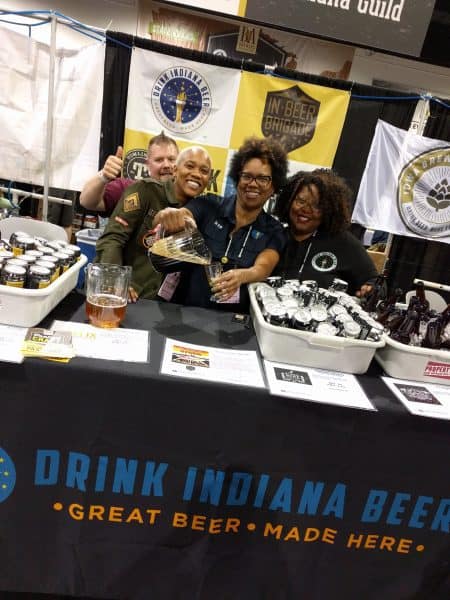 For the fifth year in a row, the staff of the Brewers of Indiana Guild is proud to represent the state’s breweries at one of the biggest beer events in the world, the Brewers Association‘s (BA) Great American Beer Festival (GABF) next week.

We’ll be pouring Guild member beers from across the state to thousands of attendees at each of the four festival tasting sessions in the Protect Indie Beer pavilion, meeting with fellow guild leaders from across the country at the BA’s Gathering of the Guilds, sharing news about Hoosier winners during the GABF competition, and hosting our first-ever IN beer gathering at the Hoosier-owned Factotum Brewhouse on Friday (members, sign in to the forum for info on attending).

Each year, the Brewers of Indiana Guild selects some of the state’s best beers to pour for attendees. Beers are selected from submissions by member breweries both new and established and include Indiana Brewers Cup winners, past GABF and World Beer Cup winners, IN Beer Brigade collab beers, and unique, sometimes experimental selections.

This year the Brewers of Indiana Guild will be pouring the following Hoosier beers in the GABF Protect Indie Beer pavilion: