Great American Beer Festival (GABF) has wrapped up in Denver, CO, with 800+ breweries pouring 4,000 beers at the 3-day, 4-session fest held by the national Brewers Association.

The annual GABF competition winners were announced on Saturday, with four Indiana breweries bringing home five medals at what is one of the most prestigious beer events in the world.

The Brewers of Indiana Guild is proud of our member breweries that represented Indiana at the competition and festival with some of the country’s best beers:

Indiana beers served to tens of thousands at GABF

The Brewers of Indiana Guild poured some of the state’s best for the fifth year in a row in the Protect Indie Beer pavilion, including Lindera, a one-of-a-kind spontaneous barrel-aged blackberry/spicebush sour brewed in collaboration with Upland Brewing Company and South Central Indiana for the IN Beer Brigade, to be released later this year and served for the first time ever at GABF. 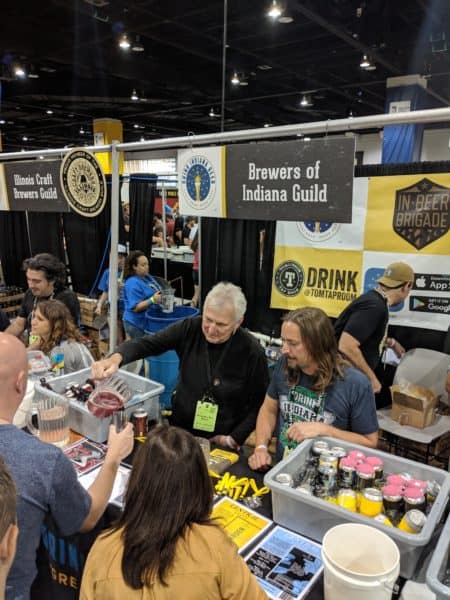