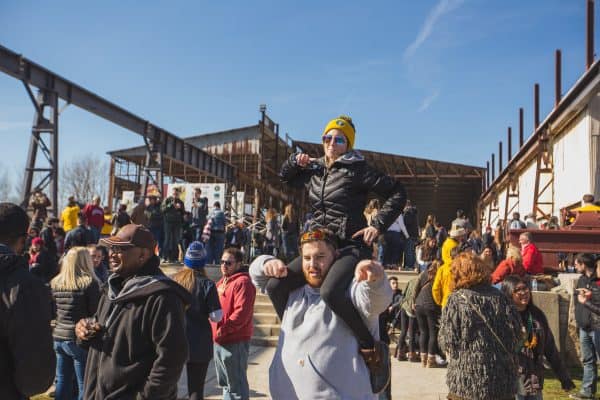 We recently considered one of the most crucial aspects of craft brewing, and why it matters: community. In the final post of the series (read part 1 here), we’ll look at something you know well: yourself.

Consumer support of finely crafted local beer is key to the industry’s continued growth and strength.

Thanks to demand for a quality local product, it’s been possible for Brewers of Indiana Guild to lobby for efforts like legalizing Sunday growler fills at Hoosier breweries.

People like you made it possible to raise barrelage limits last year from the 30,000 that could be sold in state to 90,000–meaning that it’s easier to get Three Floyds and Sun King across Indiana because they can legally sell more of it at home.

If it weren’t for Hoosiers supporting their local brewers, we wouldn’t have been able to launch the Drink Indiana Beer campaign or the app or the forthcoming DrinkIN magazine (which–plug!–features a handy-dandy regional map of all the state’s breweries.)

Your support also makes it increasingly possible to continue improving the quality of beer brewed here. Because, let’s face it: buying a locally made but poorly brewed beer isn’t something that anyone–aside from the producer, perhaps–wants.

We at the Guild want to continue drinking and supporting great beer made here. That’s why we launched the Indiana Craft Brewers Conference last year–which features a variety of educational seminars geared toward beer production and good businesses practices–and why we’re working with incredibly smart and talented people at Purdue and Indiana University, and why we’re working with local ingredients and equipment producers and a variety of service providers to ensure that our member breweries can keep their quality on par with the best beers in the world.

So, cheers to you for making it possible for Indiana brewers to continue doing what they love and brewing what you love to drink.

See you at Indiana Microbrewers Festival on July 30–with a local beer in hand!

Why does “local” matter when it comes to craft beer and beer fests? Part 2: Community
Download DrinkIN: The official guide to Indiana breweries